This summer, scholars from Brown University and beyond will be joining us to give content presentation during our summer workshops. Read on to learn more about each scholar, his or her area of expertise, and what each will be speaking about during their presentation.  Explore all of our summer PD options. 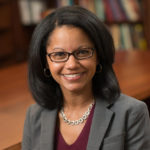 Jennifer Johnson is a historian of Africa, and a specialitist in twentieth-century North Africa. Her research explores questions of nationalism, decolonization, humanitarianism, medicine and public health, and international organizations.

Her first book, The Battle for Algeria: Sovereignty, Health Care, and Humanitarianism (University of Pennsylvania Press, 2016), offers a new interpretation of the Algerian War (1954-1962). It foregrounds the centrality of health and humanitarianism to the nationalists’ war effort and shows how the FLN leadership constructed national health care institutions that provided critical care for the population and functioned as a protostate. Moreover, it demonstrates how the FLN’s representatives used postwar rhetoric about rights and national self-determination to legitimize their claims, which led to international recognition of Algerian sovereignty. 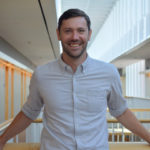 Alex Winder received his PhD in May 2017 from the joint program in History and Middle Eastern and Islamic Studies at New York University. His research focuses on policing and crime in British Mandate Palestine, with attention to negotiations and tensions between Arab policemen and Arab communities and between legal and social order. He edited Between Jaffa and Mount Hebron: The Diary of Muhammad ‘Abd al-Hadi al-Shrouf (Institute for Palestine Studies, 2016) and is associate editor of Jerusalem Quarterly. 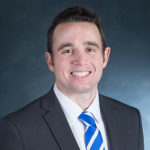 Peter Krause’s research and teaching focus on international security, Middle East politics, terrorism and political violence, and national movements. His book Rebel Power: Why national Movements Compete, Fight, and Win was just published in the Cornell Studies in Security Affairs series with Cornell University Press. His co-edited volume Coercion: The Power to Hurt in International Politics was just published with Oxford University Press. He has previously published or forthcoming articles on the causes and effectiveness of terrorism and political violence, why states negotiate with ethno-political organizations, social movements and territorial control, U.S. intervention in the Syrian civil war, the politics of division within the Palestinian national movement, the war of ideas in the Middle East, and a reassessment of U.S. operations at Tora Bora in 2001. 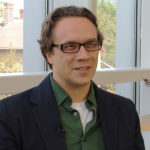 Professor Fisher grew up in the rolling hills of southeastern Pennsylvania. He received his doctorate from Harvard University in 2008. He joined the Department of History at Brown in the summer of 2009. Professor Fisher’s research and teaching relate primarily to the cultural and religious history of colonial America and the Atlantic world, including Native Americans, religion, material culture, and Indian and African slavery and servitude. He is the author or co-author of two books and over a dozen articles and book chapters, and is currently writing a book on the history of Native American and African enslavement in the English Atlantic world. He is also the principal investigator of the Database of Indigenous Slavery in the Americas project, which seeks to create a public, crowdsourced, centralized database of Native slavery throughout the Americas and across time. Please note Professor Fisher will be on leave until spring 2019.

Françoise N. Hamlin (Ph.D. Yale University, 2004) is an Associate Professor of History and Africana Studies. She primarily teaches undergraduate and graduate courses in twentieth century U.S. history, African-American history, and southern history, as well as cultural and Africana Studies. In addition, she co-coordinates partnership activities between Brown and Tougaloo College (MS), such as an annual Civil Rights Spring Break trip for undergraduates. Prior to joining the faculty at Brown, Professor Hamlin was a DuBois-Mandela-Rodney fellow at the University of Michigan (2004-2005), and an Assistant Professor of History at the University of Massachusetts, Amherst (2005-2007). Since then, she has been a Charles Warren Center Fellow at Harvard University (2007-2008), and a Woodrow Wilson-Mellon Fellow (2010-2011).