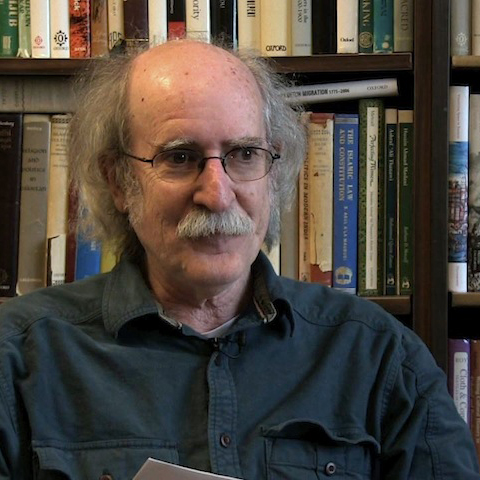 David Gilmartin is a professor of South Asian history at North Carolina State University. He received his PhD in history in 1979 from UC-Berkeley and joined the faculty at North Carolina State University in 1983. His dissertation focused on the politics of Pakistan’s creation and was later revised and published as Empire and Islam: Punjab and the Making of Pakistan (1988). He co-edited with Bruce Lawrence a volume of essays entitled Beyond Turk and Hindu: Rethinking Religious Identities in Islamicate South Asia (2000). He has also published articles on the history and politics of irrigation and water control in the Indus basin, both during the colonial era and after.

Gilmartin has researched the history and evolution of election law in colonial and postcolonial India. Among his publications are: “Rule of Law, Rule of Life: Caste, Democracy, and the Courts in India,” American Historical Review (April 2010); “Towards a Global History of Voting: Sovereignty, the Diffusion of Ideas, and the Enchanted Individual,” Religions (June 2012); and “Introduction to Election Law in India,” (with Robert Moog) in special issue on India of the Election Law Journal (June 2012).

Gilmartin’s videos are used in this Choices Program curriculum unit:
Indian Independence and the Question of Partition

VIDEOS
What was the Mughal Empire?
Indian Independence and the Question of Partition
How did everyday people participate in the Indian nationalist movement?
What were different groups’ perspectives on Gandhi?
How did the two World Wars impact demands for Indian independence?
What effect did the All-India Census have on Indian identities?
How did the British respond to the Great Revolt of 1857?
How did the British East India Company end up controlling the Indian subcontinent?
What was life like in the Mughal Empire?
Who are you and what do you do?
Why should high school students learn about the history of Indian independence and partition?
Who was ultimately involved in deciding the terms of independence and partition?
Back to top