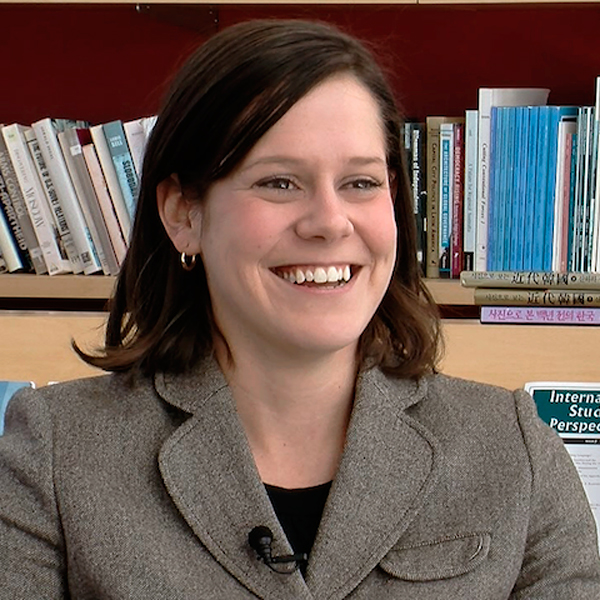 Madeline Otis Campbell is a New England-based researcher and lecturer at Brown University. At the time of filming, she was an adjunct professor of anthropology at Roger Williams University. Her research focuses on the dynamic interactions between processes of displacement and belonging in the Middle East. She has conducted ethnographic research in North Africa on Saharawi political activism in Algeria and Morocco-controlled Western Sahara, and on Iraqi refugees living in the United States. Campbell also worked for nearly two years in the United States Refugee Assistance Program as an adjudicator of applications for asylum. Focused in particular on the far-reaching refugee crisis brought about by the Iraq War, Campbell was able to interview and grant asylum in the United States to a diverse population of Iraqi refugees living in countries across the Middle East including Egypt, Jordan, Syria, Lebanon, as well as inside Iraq. She received her PhD in cultural anthropology from the University of California, Davis.

Campbell’s videos are used in these Choices Program curriculum units:
A Global Controversy: The U.S. Invasion of Iraq
Immigration and the U.S. Policy Debate