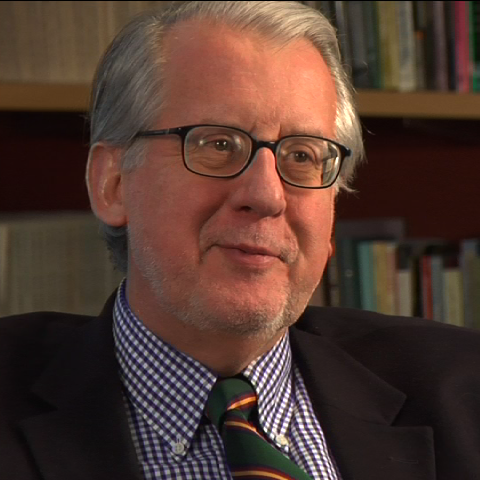 Paulo Sérgio Pinheiro is the chairman of the UN’s International Commission of Inquiry for Syria. At the time of filming, he was a Cogut visiting professor in Latin American Studies at Brown University. He is a professor (retired) of political science and a research associate at the Center for the Study of Violence at the Universidade de São Paulo. Pinheiro holds a Ph.D. in political science and a graduate degree in sociology from the University of Paris. He has authored and coauthored a wide range of books, articles, and reports, including Brasil: Um Século de Transformações (with J. Wilheim and I. Sachs, Companhia das Letras 2001); and The (Un)Rule of Law and the Underprivileged in Latin America (with J.E. Méndez and G. O’Donnell, Notre Dame University Press, 1999). In addition to his scholarly work, Pinheiro has focused much of his career on human rights. He has served as the United Nations special rapporteur on human rights in Myanmar, and was special rapporteur from 1995-2000 in Burundi. He led the research team producing the UN’s “2006 World Report on Violence against Children,” as a UN assistant secretary-general appointed to study the issue. He has served as a member of the Justice and Peace Commission in São Paulo. He also served as secretary of state for human rights under Brazilian president Fernando Henrique Cardoso.

VIDEOS
Are states today closer or farther apart in their understanding of human rights?
What are human rights?
Who are you and what do you do?
What is the UN authorized to do when human rights are violated?
Why did the UN reform its system of dealing with human rights in 2006?
How can the UN and other international organizations prevent human rights abuses?
When has the UN been unsuccessful in alleviating human rights abuses?
What is the UN doing in Myanmar?
Is the UN a democratic organization?
How do other states view the U.S. human rights record?
What is civil society?
Why are there permanent seats in the UN Security Council?
What did you do as Brazil’s Secretary of State for Human Rights?
Why did Brazil enact a new constitution in 1988?
How have economic and social conditions changed since the military dictatorship?
What major issues did the constitution of 1988 address?
How does the Brazilian constitution address racism?
Do you think Brazil could return to a military dictatorship?
What human rights issues does Brazil continue to face?
When has the UN been successful in alleviating human rights abuses?
Back to top