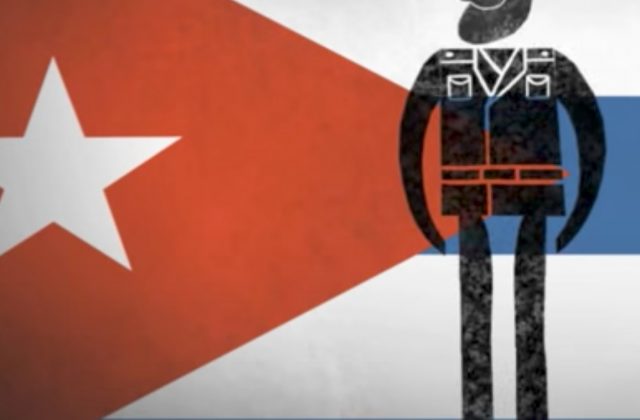 The Death of Fidel Castro

The death of Fidel Castro marks a milestone. Castro was a key figure in U.S. foreign policy over the past fifty years, a villain straight out of central casting in the imaginations of many Americans. At the height of the Cuban Missile Crisis, he actually wrote a letter to Khrushchev encouraging him to use nuclear […]

Nukes Over North Carolina—Were We Lucky?

On January 24, 1961, two hydrogen bombs crashed to the ground outside Goldsboro, North Carolina. One hit a field at 700 miles per hour and shattered without detonating. The other remained intact after its parachute was snared by the branches of a tree. The plane carrying the bombs was a U.S. B-52 bomber. After taking […]

Breaking the Mold On Cuba

This classic cartoon on U.S.-Cuba relations from 2004 pretty neatly illustrates 50 years of a relationship frozen in place. That’s done. A chapter from the Cold War has come to a close, but what comes next? There are many questions that are getting attention in the news right now. These questions also offer opportunities for high […]

Fifty years ago the United States and the Soviet Union came uncomfortably close to launching a nuclear war. What was it like to be John F. Kennedy during the missile crisis? Our friends at the Armageddon Letters produced this short video and others to engage young people in an exploration of this important topic, a […]

This short film produced by Koji Masutani ’05 in collaboration with James Blight and janet Lang is part of a research effort called The Armageddon Letters. This multimedia project, based at the University of Waterloo, focuses on the most dangerous moment of the Cold War: the Cuban Missile Crisis. The project website when it is […]

Thirteen Days: More than One Option

There’s a scene in the movie Thirteen Days when the actor playing Bobby Kennedy shouts, “No! No! No! There’s more than one option here.”
The film isn’t perfect, but it really does capture a sense of the tension and drama of the Cuban Missile Crisis, arguably it’s a great way to introduce high school students to this critical moment in history