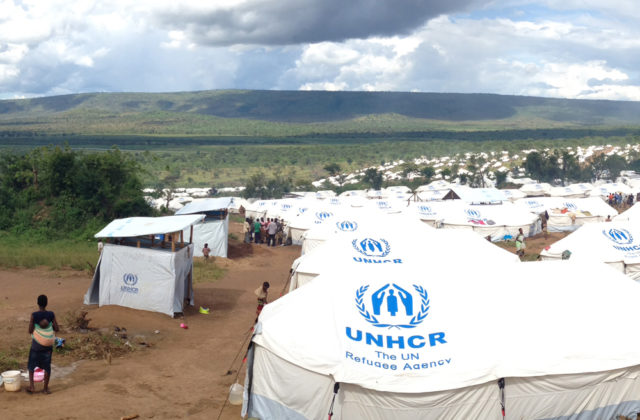 “I was just a mother taking care of her children and living in Homs…. I enjoyed life. One day I’d spend an evening with my friends, another day I’d go to a birthday party. That was our life…. Now it’s all gone.” —Umm Ala’a, Syrian refugee in Lebanon What does a ten-year-old boy, working alongside […]

Can We Trust Iran?

“If the nuclear crisis is ever to get resolved, now is the time for it to get resolved.” —Payam Mohseni, Director of Iran Project, Harvard University With the deadline for an agreement on Iran’s nuclear program drawing near, The New York Times put out a video today outlining what is at stake in the Iran negotiations.   […]

Free Speech: From Skokie to Paris

On January 7, 2015, two gunmen attacked the Paris headquarters of the French satirical magazine, Charlie Hebdo, and killed twelve people. The attacks are presumed to be in response to several controversial cartoons that the magazine published depicting the Prophet Muhammad. The events have ignited a global debate on the topic of freedom of speech, explored […]

The United States, Iran, and Flipping the Coin on Nuclear Non-Proliferation

For many this November, anticipating the outcomes of soon-concluding nuclear negotiations with Iran seems impossible. The idea that we could only predict the resolution (or lack thereof) with a “coin toss” is complicated by this video by Joe Cirincione of the Ploughshares fund. This concept of the interdependence of nuclear non-proliferation and nuclear disarmament brings […]

Thirteen Days: More than One Option

There’s a scene in the movie Thirteen Days when the actor playing Bobby Kennedy shouts, “No! No! No! There’s more than one option here.”
The film isn’t perfect, but it really does capture a sense of the tension and drama of the Cuban Missile Crisis, arguably it’s a great way to introduce high school students to this critical moment in history