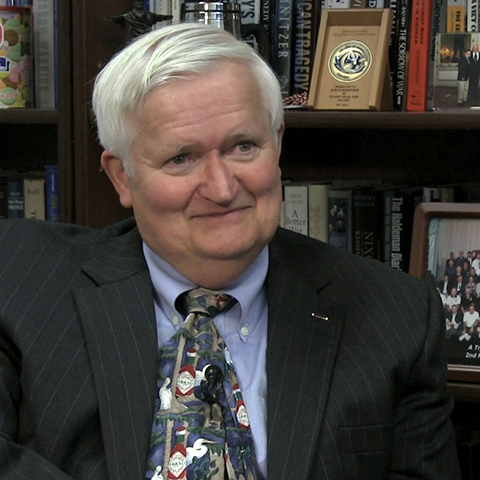 Al Bergstrom is a Professor of Joint Military Operations at the U.S. Naval War College in Newport, Rhode Island. He is a member of the Asia-Pacific Studies Group and has taught an elective on the Vietnam conflict since 1996. Bergstrom was an Armor/Cavalry officer for over thirty years in the U.S. Army and retired as a Colonel. In 1970, then Lieutenant Bergstrom was assigned to Vietnam as a platoon leader of an Armored Cavalry platoon on the Demilitarized Zone in the Quang Tri Province (A Troop, 4th Squadron, 12th Cavalry, 5th Inf(Mech)). In 1971, he was wounded in action during support of the Laos operation (Lam Son 719). His education includes Graduate Studies at Salve Regina University, an MA from the Naval War College, an MA in management from Central Michigan University, the Strategy Course at the Army War College, coursework at the Army Command and General Staff College, and a BA in political Science from Colorado State University. Bergstrom was also a National Security Fellow at the Kennedy School of Government at Harvard University and graduated from the Kennedy School’s Senior Officials in National Security Program. Professor Bergstrom is a Board Member of Global Community Service Foundation, an NGO, which works to help reduce poverty in Southeast Asia through sustainable community-based projects that improve the socio-economic well being and quality of life for people in the region.

Bergstrom’s videos were used in the now retired unit, The Limits of Power: The United States in Vietnam.

VIDEOS
What are some of the misunderstandings about the Vietnam War?
How do you now view your service in Vietnam and the reasons for which you were sent?
How were you treated when you returned from the war?
What vivid memories do you have about your experience in Vietnam?
When did you serve in Vietnam?
What led to the U.S. withdrawal from Vietnam?
What was the Tet Offensive?
Were there other important events that affected U.S. military strategy?
Who are you and what do you do?
How did the end of World War II set the stage for conflict in Vietnam?
Back to top