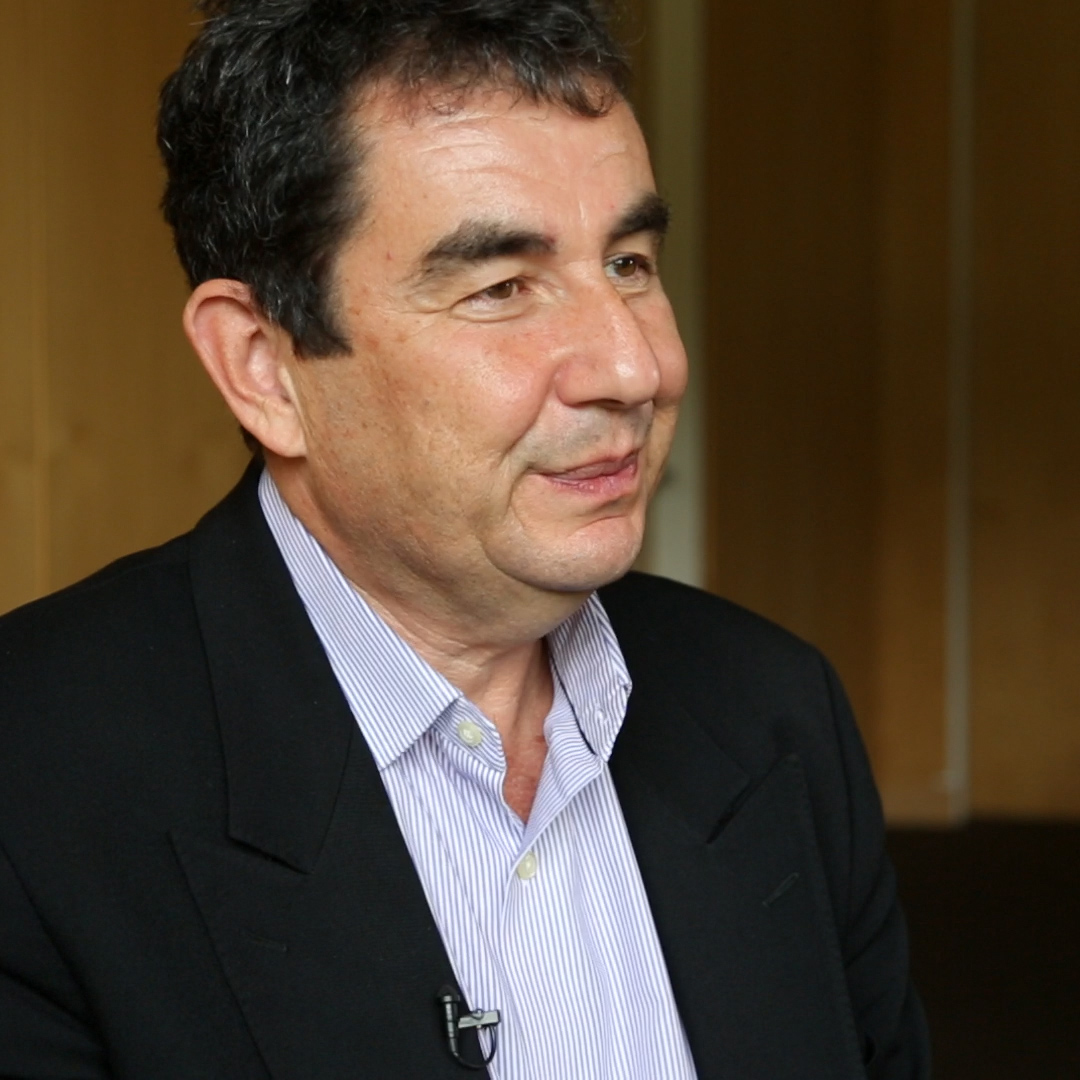 Ari Shavit is a leading Israeli columnist and writer. At the time of filming, he worked for the newspaper Haaretz. Born in Rehovot, Israel, Shavit served as a paratrooper in the IDF and studied philosophy at the Hebrew University in Jerusalem. In the 1980s, he wrote for the weekly magazine Koteret Rashit. In the early 1990s, he was chairperson of the Association for Civil Rights in Israel. Shavit has also been a leading commentator on Israeli public television and is the author of My Promised Land: The Triumph and Tragedy of Israel (Spiegel & Grau, 2013).