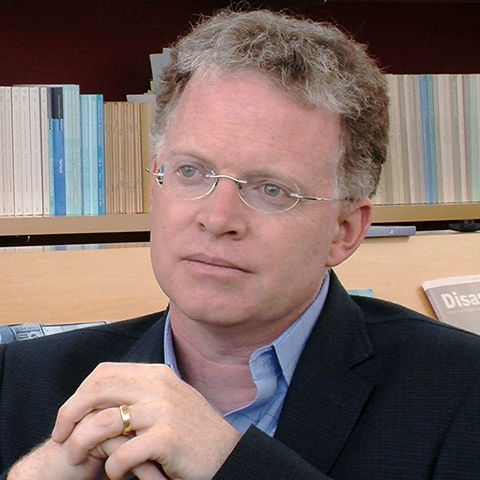 David Rohde is the online news director for The New Yorker. At the time of filming, he was a columnist for Reuters. He is a two-time winner of the Pulitzer Prize and a former reporter for The New York Times. He won his first Pulitzer Prize in 1996 for a series of stories in The Christian Science Monitor that helped uncover the Srebrenica massacre in Bosnia and his second in 2009 as part of The New York Times’ team covering Afghanistan and Pakistan. After being kidnapped by the Taliban and held captive for more than seven months in Afghanistan and Pakistan, Rohde and an Afghan colleague escaped in 2009. His books include Beyond War: Reimagining American Influence in a New Middle East (Viking Adult, 2013).

Rohde’s videos are used in this Choices Program curriculum unit:
Responding to Terrorism: Challenges for Democracy

VIDEOS
Who are you and what do you do?
Who and what are Taliban?
What should high school students know about the Middle East?
Why are drones controversial?
Are drones effective?
Why has the United States used drones to kill suspected terrorists?
Why should the United States remain engaged in Afghanistan and Pakistan?
Does Pakistan remain key to U.S. strategy to prevent terrorism against the United States?
What is the status of U.S. relations with Pakistan?
Does the Taliban have an ongoing relationship with international terrorist groups?
What is the difference between the Afghan Taliban and Pakistan Taliban?
Are Afghan insurgents all members of the Taliban?
Back to top