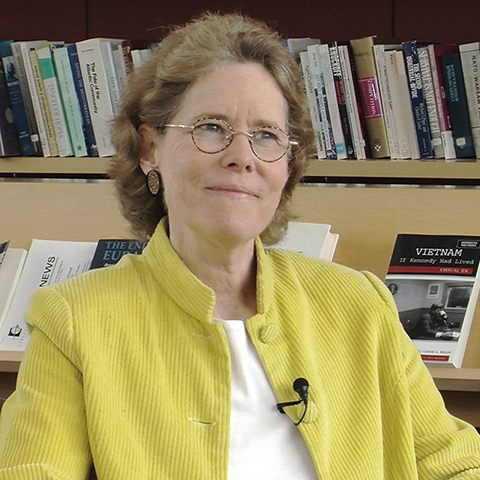 Elizabeth S. Taylor is a distinguished senior lecturer emerita of English at Brown University. She received her B.A. in American Studies at Smith College, earned her Ph.D. in American Literature from Brown, and then taught at Harvard for five years before returning to Brown in 1994. She teaches creative nonfiction—personal and academic essay, literary journalism, historical narrative, and memoir. She has published essays about the teaching of nonfiction and about the Vietnam War era. She is author of The Plain Language of Love and Loss: A Quaker Memoir (University of Missouri Press, 2009). She has a particular interest in mentoring students interested in all forms of nonfiction writing. Taylor’s Vietnam War essays and other works can be found here.

Taylor’s videos were used in the now retired curriculum unit, The Limits of Power: The United States in Vietnam.