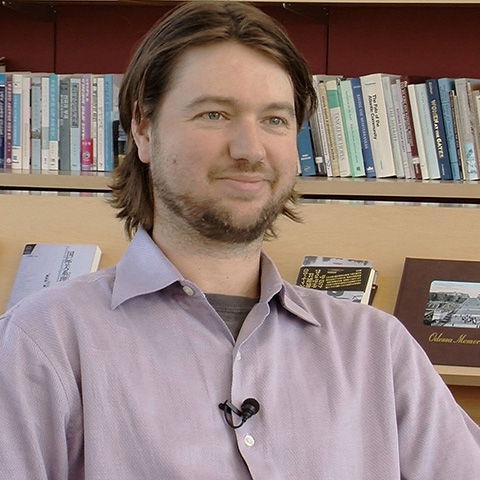 Ian Straughn is an assistant professor of teaching and the director of undergraduate studies in the Department of Anthropology at UC Irvine. At the time of filming, he was the Joukowsky Family Middle East Studies Librarian at Brown University. Straughn’s research and teaching interests focus on the emerging study of the archaeology of the Muslim World. His work has concentrated on understanding how Muslim societies have been shaped by the landscapes which they have constructed and conceived and by their relationship to the material world. A major aspect of Straughn’s research has consisted of developing a methodology for bringing the archaeological and textual records into a productive dialogue about past societies. Additionally, his work has sought to understand the relationship of materiality to religious experience and the place of archaeology in the study of religion. He received his Ph.D. in anthropology from the University of Chicago in 2006.

Straughn’s videos have been used in these Choices Program curriculum units:
Competing Visions of Human Rights: Questions for U.S. Policy
The U.S. Role in a Changing World