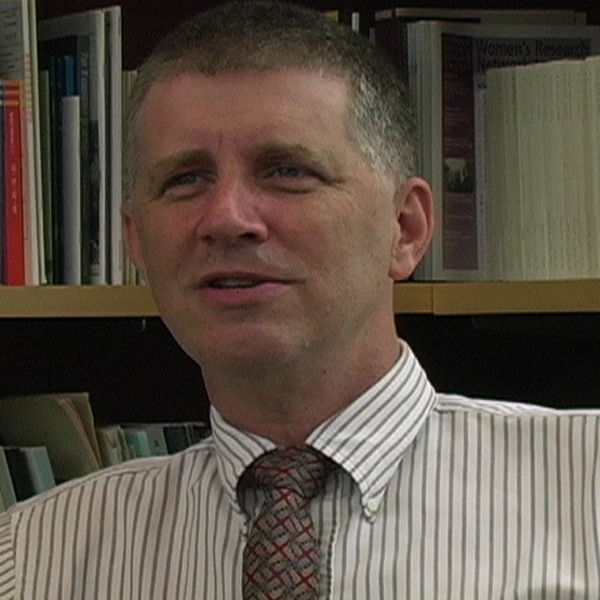 James Campbell is the Edgar E. Robinson Professor in U.S. history at Stanford University. At the time of filming, he was a professor of Africana studies, American civilization, and history at Brown University. He is a specialist in U.S. history, twentieth-century African American history, and African history. Campbell has been a Research Associate at the W.E.B. Du Bois Center for Pan-African Studies in Accra, Ghana, and at the African Studies Institute, the University of the Witwatersrand in South Africa. His awards include the Fulbright Fellowship, the Social Science Research Council Fellowship, and the Rotary Foundation Graduate Travel Fellowship. He is author of Middle Passages: African American Journeys to Africa, 1787-2005 (Penguin Press, 2006) and Songs of Zion: The African Methodist Episcopal Church in the United States and South Africa(Oxford UP, 1995/University of North Carolina Press, 1998), which won the Organization of American Historians’ Frederick Jackson Turner Prize and the Carl Sandburg Literary Award for Non-Fiction. His articles, essays, and reviews have appeared in many journals. Campbell served as chair of the University Steering Committee on Slavery and Justice at Brown University from 2003-2006.

Campbell’s videos have been used in this Choices Program curriculum unit:
The American Revolution: Experiences of Rebellion