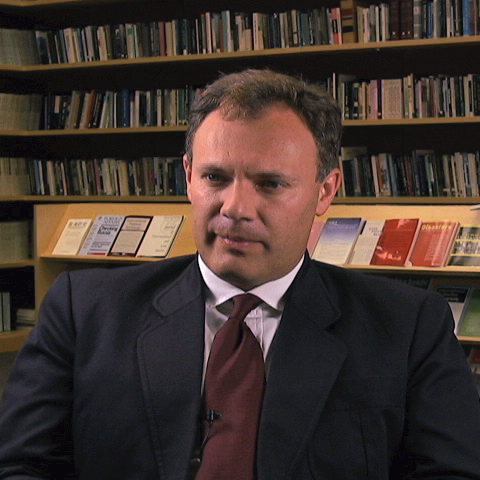 Jarat Chopra is an expert on international law, international society and organization, and peace operations. At the time of filming, he was a visiting fellow at Brown University’s Watson Institute for International Studies. From November 1999 to March 2000, he was head of district administration for the United Nations Transitional Administration in East Timor (UNTAET). In this position, he helped to establish a local civil governance system in the newly independent nation. Since 2000, he has been working on a book about his experiences in East Timor with the UN mission. He has also has been head of the UN Monitoring Group on Somalia and Somalia governance adviser for Dfid.

Chopra is the author of The Politics of Peace-Maintenance (Lynne Rienner, 1998); Peace-Maintenance: The Evolution of International Political Authority (Routledge, 1999); and Fighting for Hope in Somalia and National Self-Determination of the Western Saharan (Norwegian Institute of International Affairs, 1995 and 1994 respectively). He received his LL.M. and doctorate from the University of Cambridge in international studies.

Chopra’s videos are used in these Choices Program curriculum units:
A Global Controversy: The U.S. Invasion of Iraq
The U.S. Role in a Changing World
The United Nations: Challenges and Change