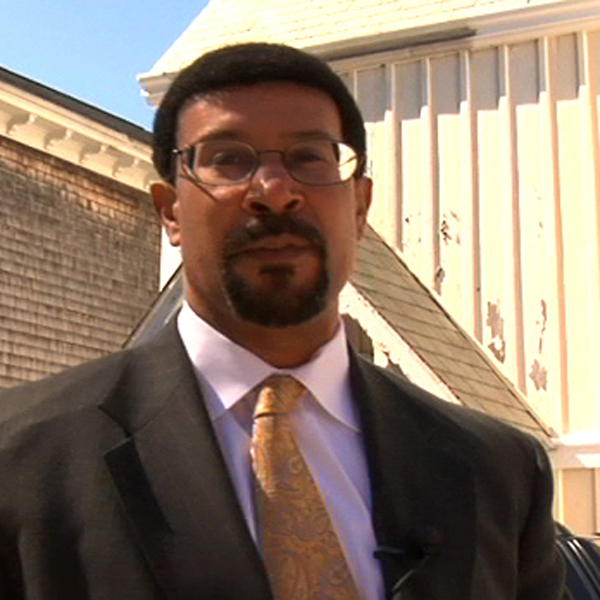 Keith Stokes is the director of business and economic development for Providence, Rhode Island. At the time of filming, he was the executive director of the Newport County Chamber of Commerce. Stokes is a descendant of Newport’s early African American and Jewish families. He and his wife, Theresa Guzman Stokes, have worked to preserve “God’s Little Acre,” a colonial slave cemetery within the Common Burial Ground in Newport, Rhode Island. A Visual Remembrance: African Slave Markers in Colonial Newport provides additional information about the burial grounds. Keith and Theresa Stokes received the 2006 Tom Roberts Prize for Creative Achievement in the Humanities given by the Rhode Island Council for the Humanities.

Stokes’s videos were used in the now retired curriculum unit, A Forgotten History: The Slave Trade and Slavery in New England.

VIDEOS
How can historians use gravestones as primary sources?
How do scholars get information about early Africans in Rhode Island?
What was unique about enslaved people’s lives in New England?
Where did African slavery originate in the United States?
How was slavery in New England different from slavery in the South?
Where did enslaved people come from in Africa?
Who are you and what do you do?
How was Newport, Rhode Island, involved in the slave trade?
What percentage of Newport’s population was African?
How did religion influence early Africans in New England?
The Lives of Four African Artisans in Newport, Rhode Island
How did religion influence abolitionists in New England?
What is a “day name”?
Back to top