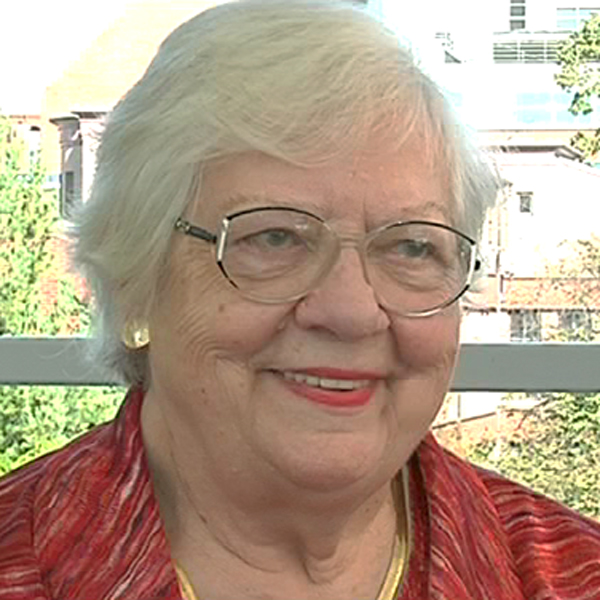 Patricia Herlihy was a professor of history emerita at Brown University. She taught Russian and Soviet history. Her areas of interest included the social, economic, and religious history of Russia and the Ukraine in the nineteenth and twentieth centuries. Her book Odessa: A History, 1794-1914 (Harvard University Press, 1987) was released in Ukrainian at the Fourth International Ukrainian Studies Conference in 1999 and was also published in Russian in 2007. She also authored Odessa Memories (University of Washington Press, Seattle, 2003) and The Alcoholic Empire: Vodka and Politics in Late Imperial Russia (Oxford University Press, 2002). She also worked on a biography of Eugene Schuyler, a nineteenth century Russian historian, translator, and diplomat who served in Russia, Constantinople, Rumania, Serbia, Greece, England, Italy, and Egypt. Professor Herlihy received her PhD in Russian history from the University of Pennsylvania.

Herlihy’s videos are used in this Choices Program curriculum unit:
The Russian Revolution

We mourn the death of Patricia Herlihy in 2018. She was our colleague and friend.

VIDEOS
Who were the workers?
Who were the peasants?
Why is Russia’s population shrinking?
Who were the nobles?
What was Tzar Nicholas II like as a ruler?
What is Marxism?
What is the bourgeoisie?
What were the Bolsheviks and Mensheviks?
What was the Socialist Revolutionary Party?
What did the Liberals want?
What was life like for women in Russia in the late nineteenth century?
Why was Lenin a successful politician?
What role did Russian culture play in the Soviet Union?
What were the ideological divisions between the United States and the Soviet Union?
Who are you and what do you do?
How did Russians view Boris Yeltsin?
What were the effects of shock therapy?
How did the oligarchs get control of Russian industries?
How did Putin change Russia?
How has Russian society changed since the end of the Soviet Union?
What are the most pressing domestic issues in Russia?
What is Russia’s relationship with Ukraine?
How do Ukrainians feel about joining NATO?
What was Russia like in the early 1900s?
Back to top