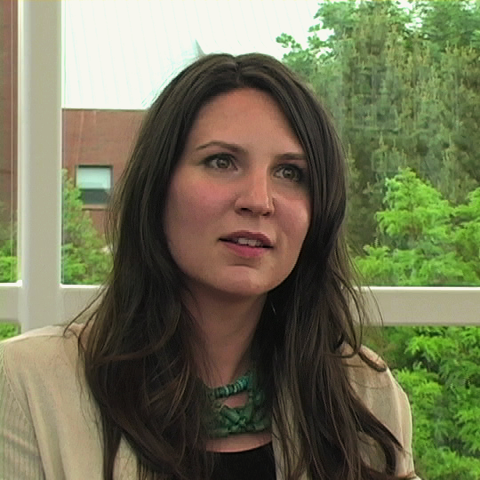 Tanya Monforte is an assistant professor of political science at Concordia University. At the time of filming, she was the director of the International Human Rights Law Program and an assistant professor of law at American University in Cairo, Egypt. She holds a JD from Harvard Law School, an MA in the sociology of law from the Onati International Institute for the Sociology of Law, and a BA in philosophy from Wichita State University. She researches in the areas of international law and legal theory, with a particular interest in feminist legal theory and the rights of peoples without states in international law. Her publications include “Razing Child Soldiers” ALIF (2007) with works in progress on topics including a third world approach to human rights treaties and a comparative analysis of rights discourse in separatist movements. In 2008-2009, she was a visiting assistant professor (research), at the Watson Institute for International Studies at Brown University.