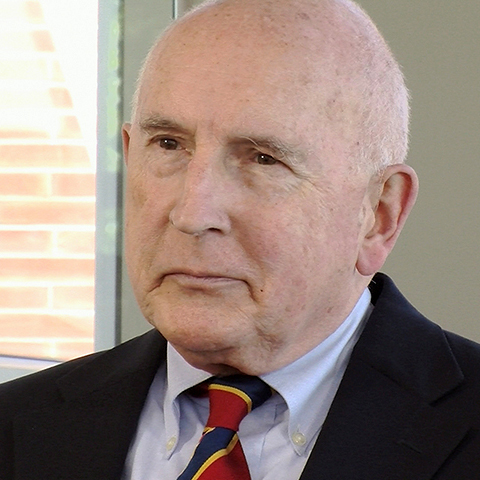 Colonel Gatchel retired from the U.S. Marine Corps in 1991 after a thirty-year career that included the command of infantry units from platoon to battalion, two combat tours in Vietnam, and service as a special advisor to the Supreme Allied Commander, Europe.

While on active duty, Colonel Gatchel served twice at the Naval War College in Newport, Rhode Island. Between 1981 and 1985 he was, in order, a student, a fellow on Strategic Studies Group II, and a faculty member of the Joint Military Operations Department. He returned to the War College in 1989 and chaired the department until his retirement in 1991. In 1998, he returned once again to the faculty of the Naval War College as a civilian professor of Joint Military Operations. In September 2008, he retired from active teaching and was designated a professor emeritus.

He wrote on a wide range of military and naval topics, and his articles received awards from both the Marine Corps Gazette and the U.S. Naval Institute Proceedings. In 1996, the Naval Institute Press published his first book, At the Water’s Edge: Defending against the Modern Amphibious Assault. In 1997, the Naval War College published his monograph, Eagles and Alligators: An Examination of the Command Relationships That Have Existed between Aircraft Carriers and Amphibious Forces during Amphibious Operations. He also researched the evolution of infantry weapons and tactics.

Colonel Gatchel earned a B.S. in geological engineering from the University of Oklahoma and an M.S. in management from the Naval Postgraduate School. He served as a trustee on the committee of management of the Anne S.K. Brown Military Collection at Brown University.

Colonel Gatchel’s videos were used in the now retired curriculum unit, The Limits of Power: The United States in Vietnam.

We mourn the death of Colonel Gatchel in August 2021.
He was our colleague and friend.

VIDEOS
Lesson D
Lesson C
Lesson B
Lesson A
What lessons for Americans do you see in the Vietnam War?
Did these experiences change how you viewed what you were doing in Vietnam?
What vivid memories do you have about your experiences in Vietnam?
How did you feel when you found out that you were going to Vietnam?
Who are you and what do you do?
Back to top