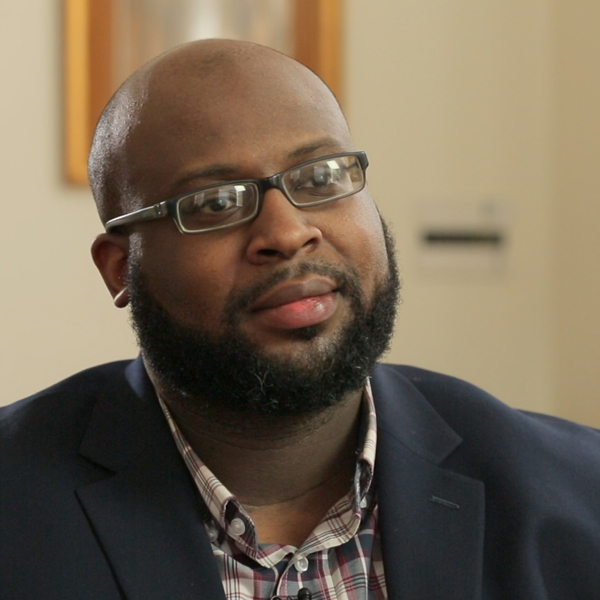 Tony Perry is the curator of environmental history at the Smithsonian’s National Museum of American History. At the time of filming, he was a faculty member at the University of Virginia in the Carter G. Woodson Institute for African-American and African Studies. Previously, he was a pre-doctoral fellow at the Carter G. Woodson Institute. He is a scholar of race and the environment, and in his dissertation he researches the environmental history of slavery in antebellum Maryland. His article “In Bondage When Cold was King: The Frigid Terrain of Slavery in Antebellum Maryland” was published in Slavery & Abolition in 2017. Perry received his B.A. from Bowdoin College, his M.A. in American Studies from Purdue University, and his Ph.D. in American Studies from the University of Maryland.

Perry’s videos are used in these Choices Program curriculum units:
The American Revolution: Experiences of Rebellion
The Civil War and the Meaning of Liberty
Nigeria: History, Identity, and Change
Racial Slavery in the Americas: Resistance, Freedom, and Legacies
We the People: A New Nation