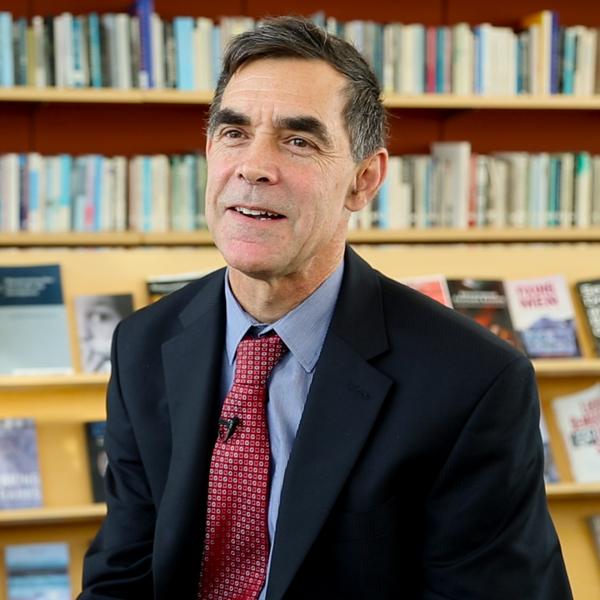 Anthony W. Pereira is a professor and founder of the Brazil Institute at King’s College London. At the time of filming, he was also director of the Brazil Institute. He obtained his BA from Sussex University (U.K.) in 1982 and his MA and PhD degrees from Harvard University in 1986 and 1991 respectively. He has held positions at the New School, the Fletcher School of Law and Diplomacy, Tulane University, and the University of East Anglia. In 2005 he was a visiting professor at the Federal University of Pernambuco (UFPE). His book, Ditadura e Repressão (Paz e Terra) was published in 2010. Pereira has also worked on a book about the Brazilian state and occasionally comments on Brazil in the media. In addition to his academic activity, he is also a member of the Council of the Brazilian Chamber of Commerce for Great Britain.

VIDEOS
What methods did the military dictatorship in Brazil use to stay in power?
Why did Brazil become a military dictatorship in 1964?
Why is it important for high school students to understand Brazil and its transition to democracy?
Who are you and what do you do?
What are the most common misunderstandings about Brazil?
How does Brazil’s history of dictatorship continue to affect the country today?
What were the outcomes of Brazil’s National Truth Commission?
Why did Brazil decide to form a National Truth Commission?
What was life like during the dictatorship for ordinary Brazilians?
Which groups organized to end military rule in Brazil?
Back to top