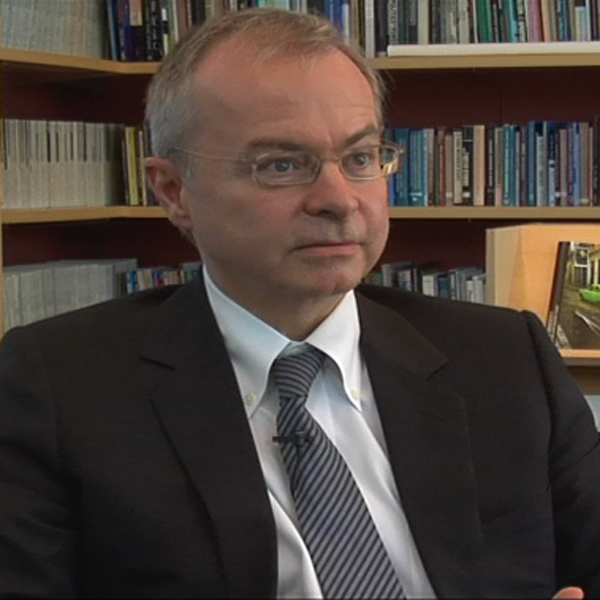 David Kennedy is the Manley O. Hudson Professor of Law and director of the Institute for Global Law and Policy at Harvard University. At the time of filming, he was Brown University’s first vice president for international affairs, charged with leading the university’s international agenda. He also served as interim director of the Watson Institute and the David and Marianna Fisher University Professor of International Relations. Kennedy developed a multidisciplinary advanced research project in the field of global law, governance, and social thought. His research uses interdisciplinary materials from sociology and social theory, economics, and history to explore issues of global governance, development policy, and the nature of professional expertise. He is particularly interested in the politics of the transnational regime for economic policymaking, and he has been committed to developing new voices from the Third World and among women in international affairs. Kennedy is a leading figure in the field of international law and has an extensive background in international affairs. After receiving his AB, cum laude, from Brown, he earned an MALD at the Fletcher School of Law and Diplomacy at Tufts University; a law degree, magna cum laude, from Harvard Law School; and a PhD in international law and organizations, international economics, law, and development from the Fletcher School.