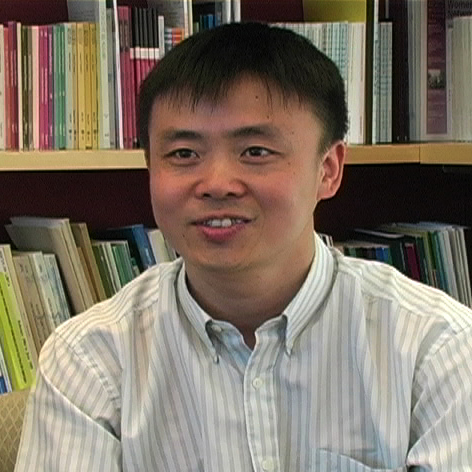 Leiwen Jiang is a senior associate on the Population Council’s Poverty, Gender, and Youth program. At the time of filming, he was an assistant professor (research) at the Watson Institute for International Studies and a faculty associate of the Population Study and Training Center at Brown University. He has also been a guest researcher with the Population and Climate Change Program at the International Institute for Applied Systems Analysis in Austria. He holds a PhD in environmental sciences (demography) from the University of Amsterdam, and an MA and BA in sociology from Peking University. He conducted post-doctoral research at the Max Planck Institute for Demographic Research; was also a visiting scholar at Indiana University, the Vienna Institute of Demography of the Austrian Academy of Sciences, and the University of Amsterdam; and was an associate professor at Peking University. His work has been funded by the Wellcome Trust Foundation, the World Bank, the China Natural Science Foundation, and a National Key Research Project in China.

Jiang’s videos are used in these Choices Program curriculum units:
China on the World Stage: Weighing the U.S. Response

VIDEOS
What was your life like in China during Cultural Revolution?
Who are you and what do you do?
Back to top