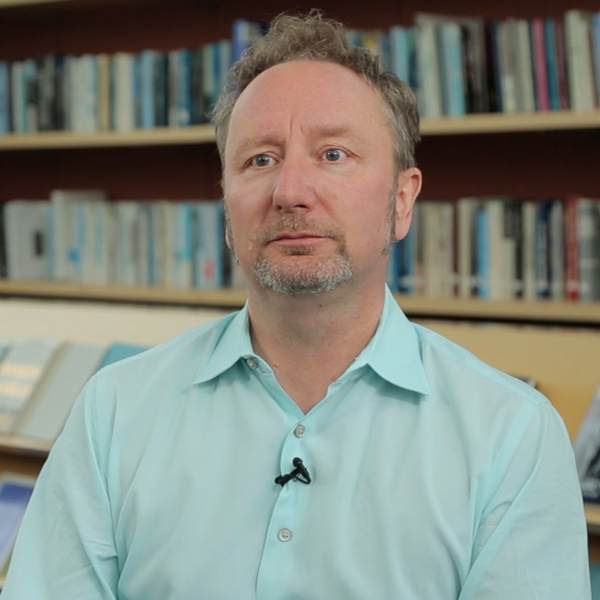 Mark Blyth is a professor of international and public affairs at Brown University and a faculty fellow at the Watson Institute for International Studies.

He is the author of Great Transformations: Economic Ideas and Institutional Change in the Twentieth Century(Cambridge University Press, 2002), editor of The Routledge Handbook of International Political Economy: IPE as a Global Conversation (Routledge Press, 2009), and co-editor of a volume on constructivist theory and political economy titled Constructing the International Economy (Cornell University Press, April 2010). He is working on a new book called Austerity: The History of a Dangerous Idea. It is forthcoming from Oxford University Press. His articles have appeared in journals such as the American Political Science Review, Perspectives on Politics, Comparative Politics, and World Politics. He has a PhD in political science from Columbia University and taught at Johns Hopkins University from 1997 to 2009.

Blyth’s videos are used in these Choices Program curriculum units:
International Trade in a Globalized World
The U.S. Role in a Changing World

VIDEOS
What do people mean when they refer to “the economy”?
Why do people and nations trade?
What is “free” trade?
What is a tariff?
What are the benefits of free trade?
What are the negative effects of free trade?
Do some countries benefit more from trade than others?
Can trade help alleviate poverty?
What are agricultural subsidies and why are they so controversial?
How did the U.S. government respond to the financial crisis?
How has international finance changed over time?
What are stocks and bonds?
What caused the global financial crisis of 2008?
In what ways is the current global financial crisis similar to the Great Depression?
Why should high school students care about the global economy?
Who are you and what do you do?
How has globalization affected trade?
How does trade affect employment in the United States?
Why can young Americans no longer expect to earn more than their parents?
Why is inequality an economic problem?
What is an example of protectionism?
What is the role of the International Monetary Fund?
How are people affected by labor market displacement?
How has globalization affected inequality in the United States and around the world?
How large a role does trade play in the U.S. economy?
Back to top