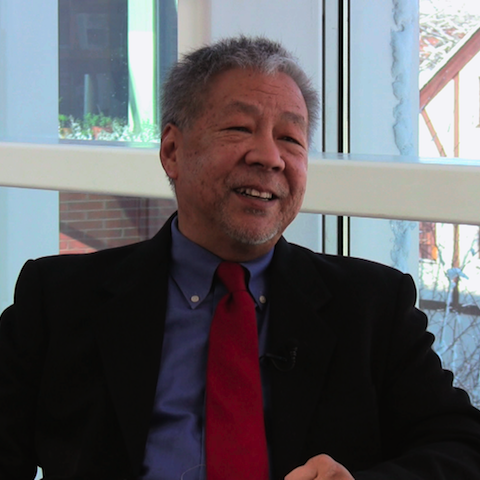 Robert G. Lee is an associate professor emeritus of American Studies at Brown University. At the time of filming, he was an associate professor of American Civilization and interim chair of the Department of American Civilization at Brown. He has published on a wide range of subjects related to Asian American studies, racial formations, and relations between Asia and America. His books include Dear Miye, Letters Home from Japan 1939-1946 (Stanford, 1995; Japanese edition – Asahi, 1999), Orientals: Asian Americans in Popular Culture (Temple, 1999, Japanese and Chinese editions, 2006) and Displacements and Diasporas: Asians in the Americas (Rutgers, 2005). Lee’s research has also explored how immigrant Chinese and their American-born citizen offspring constructed discourses of citizenship in the face of legal and social exclusion. Lee received his PhD in history from Brown University.

Lee’s videos are used in these Choices Program curriculum units:
China on the World Stage: Weighing the U.S. Response
Immigration and the U.S. Policy Debate
Between Two Worlds: Mexico at the Crossroads