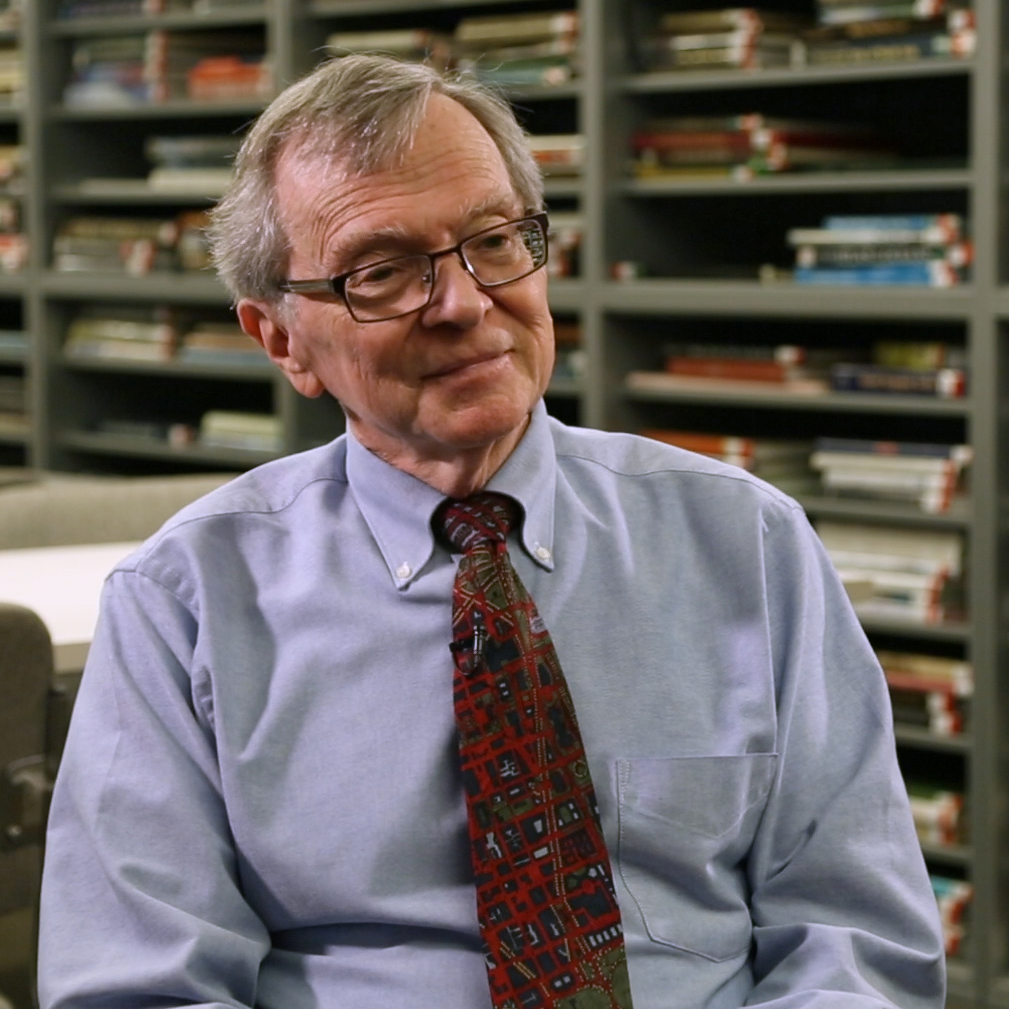 Ronald E. Grim is a consultant on map curatorship and historic maps. At the time of filming, he was Curator of Maps for the Norman B. Leventhal Map Center at the Boston Public Library. He had assumed this position after working thirty-three years for the federal government with the nation’s two largest map collections at the National Archives and the Library of Congress.

Grim curated five Library of Congress exhibitions, including the travelling exhibition “Rivers, Edens, Empires: Lewis & Clark and the Revealing of America” (2003). At the Boston Public Library, he curated four major exhibitions, “Journeys of the Imagination,” “Boston and Beyond: A Bird’s Eye View of New England,” “Torn in Two: 150th Anniversary of the Civil War,” and “We Are One: Mapping America’s Road from Revolution to Independence.”

He has published widely, especially on topics related to the historical geography of colonial Virginia and the history of North American cartography emphasizing the exploration and mapping of the western United States, large-scale land ownership mapping, and the place naming process. He has served as Book Review Editor for Imago Mundi; is a member of the Board of Review for the Osher Map Library at the University of Southern Maine; and a member of the Editorial Advisory Board for Geoscapes: Journal of Map and Geography Libraries.

Grim’s videos are used in this Choices Program curriculum unit:
We the People: A New Nation