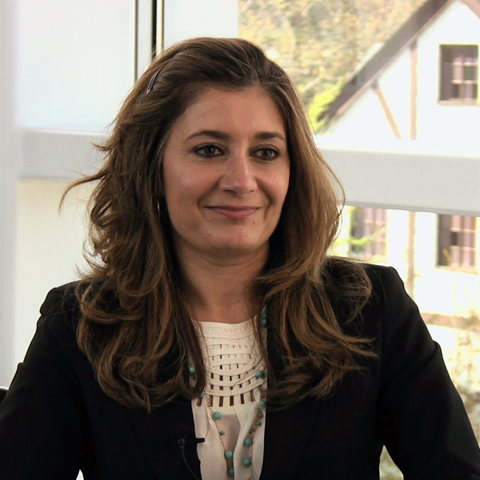 Sarah Leah Whitson is the executive director of Democracy for the Arab World Now (DAWN). At the time of filming, she was the director of Human Rights Watch’s Middle East and North Africa division. She has led landmark investigations of human rights conditions in Libya and Saudi Arabia and numerous advocacy missions in the region, and has overseen over twenty research missions. She has published articles on the Middle East in international and regional publications. Prior to her work at Human Rights Watch, she conducted human rights missions examining the impact of war and sanctions on the Iraqi civilian population, elections in Kurdish-controlled northern Iraq, and human rights issues in southern Lebanon. Whitson has also worked as an attorney in New York for Goldman, Sachs & Co. and Cleary, Gottlieb, Steen & Hamilton. She graduated from the University of California, Berkeley and Harvard Law School.