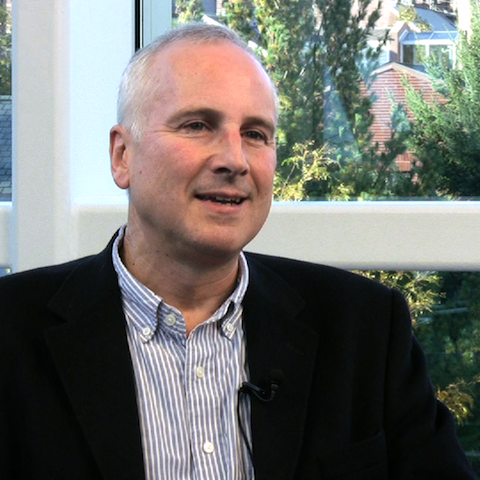 Charles Tripp is professor of politics with reference to the Middle East at the School of Oriental and African Studies, University of London. His research interests include the nature of autocracy, state and resistance in the Middle East, and the politics of Islamic identity. Prior to the 2003 invasion of Iraq, Tripp was part of a team that advised Tony Blair on the consequences of going to war. He is the author of Islam and the Moral Economy: The Challenge of Capitalism (Cambridge University Press, 2006), A History of Iraq (Cambridge University Press, 2007), and the joint author of Iran and Iraq at War (I.B. Tauris, 1988) and of Iran-Saudi Arabia Relations and Regional Order (IISS, 1996). Tripp is editor of Contemporary Egypt: Through Egyptian Eyes (Routledge, 1993) and co-editor of Egypt under Mubarak (Routledge, 1989) and The Iraqi Aggression Against Kuwait (Westview, 1996).

Tripp’s videos are used in these Choices Program curriculum units:
A Global Controversy: The U.S. Invasion of Iraq
The Middle East: Questions for U.S. Policy
Responding to Terrorism: Challenges for Democracy
The U.S. Role in a Changing World

VIDEOS
Who are you and what do you do?
Why should high school students learn about Iraq’s history?
What was the legacy of British imperialism in Iraq?
How has oil affected the history of Iraq?
Who lives in Iraq and how have ethnic and religious differences shaped Iraqi history?
What was Iraq’s foreign policy like during Saddam Hussein’s rule?
What was U.S. involvement in Iraq before its 2003 invasion?
How did Saddam Hussein come to power?
What was life like under Saddam Hussein?
How did Iraqis regard Saddam Hussein?
What did the British public think of their government’s decision to invade Iraq?
To what extent has the 2003 invasion created opportunities for political change in Iraq?
How have Iraqi attitudes toward the United States changed over time?
Why did the UN impose sanctions on Iraq from 1990 to 2003?
What were the effects of sanctions on Iraq?
How did UN inspections in the 1990s affect Iraq’s weapons program?
What motivated the Bush administration to invade Iraq?
Do you think that British and U.S. leaders had a good understanding of Iraqi history when they decided to go to war?
Did the U.S. media accurately portray the situation in Iraq leading up to the 2003 invasion?
How was Great Britain involved in the creation of Iraq?
Back to top