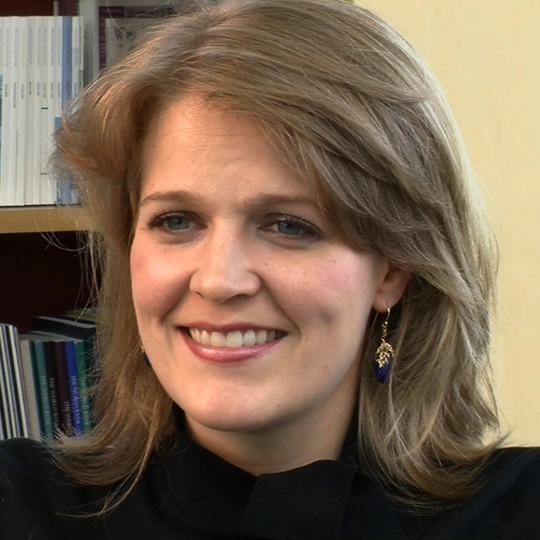 Amy Nunn is a professor of Behavioral and Social Sciences at the Brown University School of Public Health. She holds a secondary appointment in the Division of Infectious Diseases at Brown University Medical School and is the executive director of the Rhode Island Public Health Institute. At the time of filming, she was an assistant professor of medicine (research) in the Division of Infectious Diseases at Brown Medical School. She has conducted HIV prevention research related to health disparities and HIV/AIDS, HIV testing, concurrent sexual relationships, and how to best link people living with HIV/AIDS to treatment and care services. A social scientist by training, Nunn has worked in several countries and conducted domestic and international research on a variety of health topics, including HIV/AIDS, access to reproductive health services, and family planning. She is author of the book The Politics and History of AIDS Treatment in Brazil (Springer, 2009) whose foreword was written by Brazilian President Fernando Cardoso. She has also written numerous peer-reviewed articles about Brazil’s AIDS treatment program. She has received research grants from Harvard University, the U.S. Departments of Defense and Education, the Rhode Island Foundation, and the National Institutes of Health. She received the “Outstanding New Researcher Award” at the 2009 CDC HIV Prevention Conference and an NIH Career Development Award in 2010. Nunn holds masters and doctoral degrees from the Harvard School of Public Health and is a former Fulbright Scholar.