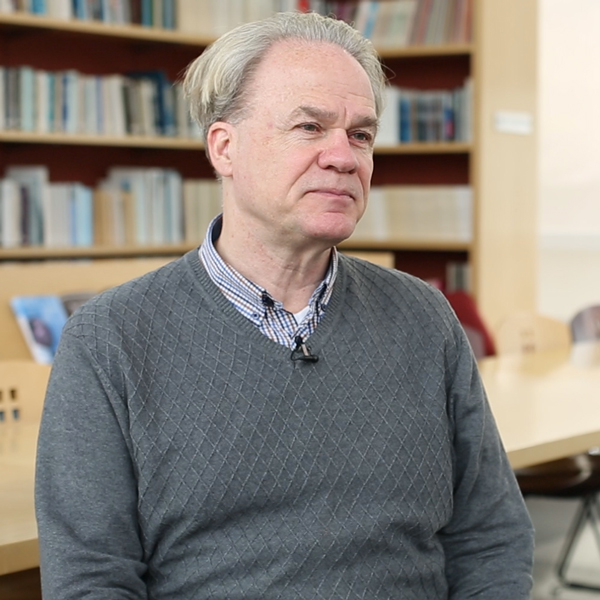 He is the author of We Cannot Remain Silent: Opposition to the Brazilian Military Dictatorship in the United States (Duke University Press, 2010) and Beyond Carnival: Male Homosexuality in Twentieth-Century Brazil (University of Chicago Press, 1999). He has also written a biography of Herbert Daniel (1946-92), a Brazilian revolutionary and AIDS activist.

Green’s videos are used in these Choices Program curriculum units:
Brazil: A History of Change
Competing Visions of Human Rights: Questions for U.S. Policy
Racial Slavery in the Americas: Resistance, Freedom, and Legacies
Responding to Terrorism: Challenges for Democracy

VIDEOS
How did the military dictatorship rule Brazil?
What economic change did Brazil experience during the dictatorship?
Why did the government use torture and what were some of its methods?
How did the international community respond to news of torture in Brazil?
Why did some opposition groups use kidnapping as a political tool?
How did human rights abuses in Latin America in the 1970s contribute to a change in U.S. foreign aid policy?
What do you think the phrase “One man’s terrorist is another man’s freedom fighter” means?
What factors contributed to the end of the dictatorship?
How does economic inequality affect the population of Brazil?
How has Brazil been successful in fighting HIV/AIDS?
How did Fernando Henrique Cardoso control inflation?
How did Lula’s economic policies help him win the presidency?
What is the legacy of slavery in Brazil?
How are Brazilian and U.S. definitions of race different?
What are the biggest challenges facing Brazil today?
How is Brazil different from other South American countries?
Who are you and what do you do?
Why do you think high school students should learn about Brazil?
What was the Diretas Já movement and why was it important?
What are some important recent developments in Brazil?
What are some important legacies of the military dictatorship in Brazil?
What is the Brazilian Truth Commission and why is it controversial?
What are some of the biggest challenges facing Brazil today?
How did the abolition of slavery affect Brazil?
Back to top