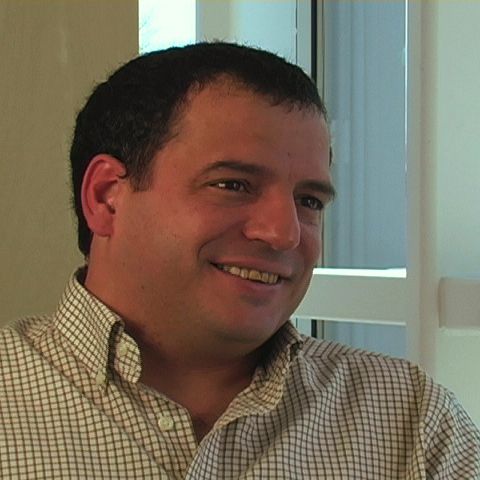 Adrián López Denis is a Spanish and world history teacher at Princeton International School of Mathematics and Science. He has also taught at the University of Delaware, Princeton University, and The College of New Jersey. At the time of filming, he was a Postdoctoral Fellow in international humanities at the Cogut Center for the Humanities at Brown University. His primary field of specialization is the cultural and social history of the Spanish Caribbean, with a focus on disease, medicine, and society. López Denis is a Cuban-born scholar, and earned a BA in biology as well as a BA in library science focusing on the study of colonial scientific journals. He also completed an MA in economics, with a concentration in international development, as well as an MA in Latin American studies, with a focus on the comparative study of popular religions. He received his PhD in history at UCLA and has lectured widely and published a variety of articles in English and Spanish.

His videos are used in these Choices Program curriculum units:
History, Revolution, and Reform: New Directions for Cuba
Immigration and the U.S. Policy Debate
Racial Slavery in the Americas: Resistance, Freedom, and Legacies

VIDEOS
History, Revolution, and Reform: New Directions for Cuba
Why have the United States and Cuba had such a close relationship historically?
What issues are Cubans on the island concerned about?
What is the libreta?
What do young people in Cuba think about the Cuban government?
How does the Cuban government provide free health care and education?
What are two different perspectives on the Cuban Revolution?
How did Cuba use the China-Soviet rivalry to gain support for its involvement in Africa?
How did the Cuban Revolution address the issue of race?
How did the long presence of slavery in Cuba affect race relations on the island?
Who are you and what do you do?
Why is the sugar industry important to understanding Cuban history?
How do Cuban American representatives influence U.S. foreign policy?
Back to top