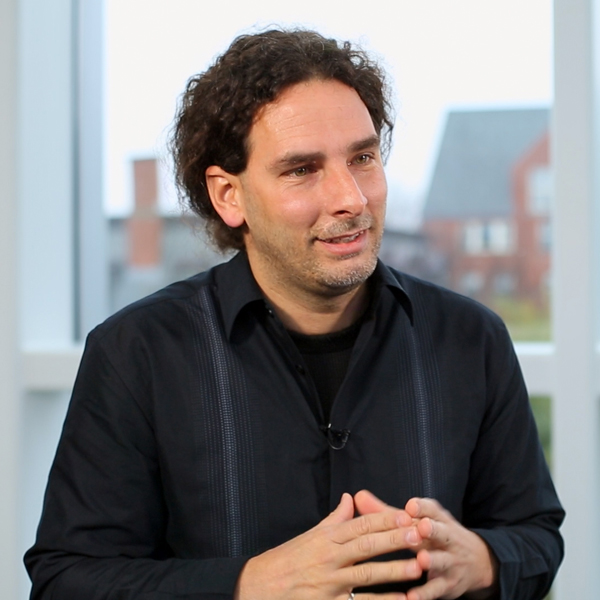 Orlando Luis Pardo Lazo is a Cuban fiction writer, blogger, and photojournalist. At the time of filming, an exhibit of his photographs of Havana was on display at Brown University. Born in Havana in 1971, Pardo Lazo graduated as a molecular biologist from Havana University and the Center for Genetic Engineering and Biotechnology in 1994. He came into conflict with the Cuban government in 2009 when he attempted to publish his short story collection, Boring Home, which was censored by the Letras Cubanas publishing house. Since the book’s publication by Garamond (Prague) and El Nacional (Caracas), Pardo Lazo has not been permitted to publish, study, or work in Cuba. He was arrested on three occasions, harassed, and prevented from leaving the island by Castro’s secret police. Finally allowed to leave Cuba, he entered the United States, where he was a guest writer of the City of Asylum Project site in Pittsburgh, Pennsylvania. Pardo Lazo has continued his literary and political activities since his arrival in the United States.

VIDEOS
History, Revolution, and Reform: New Directions for Cuba
What role do Cubans living abroad play in Cuban society?
How and why do many Cubans try to leave Cuba?
What are major human rights issues in Cuba today?
How have Cubans’ attitudes about the Revolution changed over time?
What role does Fidel Castro play in Cuban society today?
What domestic changes has the Cuban government made since Raúl Castro became president?
What are internet access, cell phone use, and social media like in Cuba today?
Who are you and what do you do?
Why should high school students learn about Cuba?
What are tourists able to see in Cuba?
How do Cubans view the United States?
How have U.S.-Cuba relations changed over time and what are they like today?
Is there freedom of the press in Cuba today?
Back to top