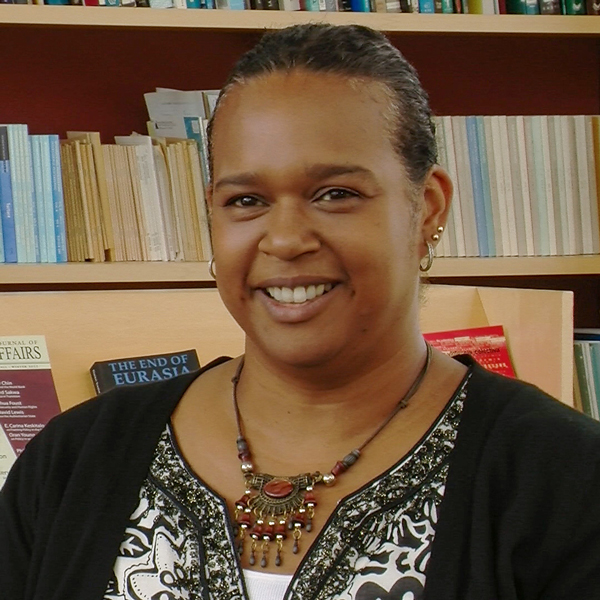 Françoise N. Hamlin (PhD Yale University, 2004) is an associate professor of history and Africana Studies at Brown University. She primarily teaches undergraduate and graduate courses in twentieth century U.S. history, African-American history, and southern history, as well as cultural and Africana Studies. In addition, she co-coordinates partnership activities between Brown and Tougaloo College (MS), such as an annual Civil Rights Spring Break trip for undergraduates. Prior to joining the faculty at Brown, Hamlin was a DuBois-Mandela-Rodney fellow at the University of Michigan (2004-2005), and an assistant professor of history at the University of Massachusetts, Amherst (2005-2007). Since then, she has been a Charles Warren Center Fellow at Harvard University (2007-2008), and a Woodrow Wilson-Mellon Fellow (2010-2011). She is the author of Crossroads at Clarksdale: The Black Freedom Struggle in the Mississippi Delta After World War II (University of North Carolina Press, 2012) and co-editor of These Truly Are The Brave: An Anthology of African American Writings on War and Citizenship (University Press of Florida, 2015).

Hamlin’s videos are used in these Choices Program curriculum units:
The American Revolution: Experiences of Rebellion
Freedom Now: The Civil Rights Movement in Mississippi
Immigration and the U.S. Policy Debate
Racial Slavery in the Americas: Resistance, Freedom, and Legacies
We the People: A New Nation

VIDEOS
How is racial inequality rooted in the founding of the United States?
Who were the enslaved people in the British North American colonies?
What was life like for free Black people in the British North American colonies?
Why did colonists in the British North American colonies support the institution of slavery?
Why didn’t the Declaration of Independence extend rights to enslaved people?
How did slavery change after U.S. independence from Britain?
How has racism impacted how Americans think about identity?
Who are you and what do you do?
Why is it important for high school students to learn about the civil rights movement?
Why is it difficult to say when the civil rights movement began and ended?
What was life like for Black people in the South under Jim Crow?
How did Black Southerners resist Jim Crow?
Why did Black activism begin to be more successful in the 1950s?
Why was the murder of Emmett Till important?
What were the Brown vs. the Board of Education cases?
How did the movement that arose in the 1960s differ from earlier Black activism?
How did white Southerners resist Black activism?
Was the federal government supportive of the civil rights movement?
How did the civil rights movement change in the late 1960s?
What was Black Power?
What were the major accomplishments of the civil rights movement and what challenges remain?
Freedom Now: The Civil Rights Movement in Mississippi
Whose interests did the U.S. Constitution reflect?
Who was Emmett Till?
Why did some enslaved people support different sides during the American Revolution?
A New Nation: Introduction
Back to top